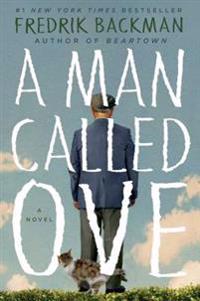 We rarely conduct book reviews here, but when a book as hilarious as “A Man Called Ove” pops up, using the word “Saab” no less than 120 times, then we probably should say a few words. The novel is penned by Swedish author Fredrik Backman, but good news everybody: An English translation is in the works!

Ove, a widower at 59, is a devoted Saab owner living in Sweden. I do not see Ove as the kind of man likely to turn up at our festivals and similar, but a devoted non-turbo fan nonetheless (at one point Ove drives a 9000i). I suspect that for Ove, driving Saab comes natural and he sees little reason to celebrate this because there really is no alternative for him.

The book explores Ove’s persona which his surroundings perceive as ‘bitter grumpy old man’. Ove sometimes asks himself why one is considered grumpy, just because one isn’t walking around with a fake smile plastered on his face all the time.

As the novel progresses, Ove’s passion for Saab reveals itself. The origin of his interest in Saab is a lovely story that needs to be told in full, so I won’t drop too many spoilers here, but suffice to say that he over the course of an entire life goes through all the classic models, starting with the 92 inherited from his father. A car he takes apart and assembles again just to make sure he knows how it works.

Ove do not shy away from judging a man by the car that he drives. He grudgingly accepts that his best friend/neighbour (incidentally named “Rune” which must be an error on the author’s part) drives a Volvo, but when, after several decades, the guy goes and buys a Beamer, Ove’s patience runs out. “A guy like that can clearly not be reasoned with!” and the book offers this as an initial explanation for their ongoing feud. The real reason is of course somewhat more complex.

Both the neighbour driving an Audi and the other one, the guy who drives a Prius, are the target of some of Ove’s musings. Another highlight is Ove’s reaction when GM assumes full ownership of the factory. Ove is driving a 9-5 at that point and promptly decides he will keep his car to his last days rather than upgrade to an “American car”. “Your car will probably break down from sorrow when they bury you” his wife tells him.

Ove’s wife is an integral part of the story and the aftermath of her passing runs like a red thread throughout the novel. Despite his great loss, Ove is quite capable of taking care of himself, but when he is granted (or rather forced into) early retirement he finds himself with nothing left to live for. No partner and no job. But then life happens and the book details his metamorphosis in a both respectful and humor filled manner.

Most of Ove’s actions seem a little odd at first. Why won’t he let his pregnant neighbour take the bus? Why is he yelling at the Apple store clerk trying to sell him an iPad? Even his wife had to wait many years before figuring out the reason why the waiter let her and “Señor Saab” dine for free in the cozy little Spanish restaurant they frequented during their holiday. The book often dips into the past to dig out the answers and fast readers will not be kept waiting for long.

It was a colleague (drives a Citroen, but I choose not to hold it against him) who recommended this book to me. I later discovered that a few other (non-Saab drivers) colleagues have also read the book and thoroughly enjoyed it. I found it hard not to laugh out loud at least every other chapter. Make sure to wear warm clothes while reading, as I felt a head cold coming while reading some of the darker chapters.

Amazon promises an English translation will be available this summer. I strongly recommend this book to everyone — even Volvo drivers.