There are just now two great Saab drivers who has made their way into the motorsport that has been dominated by men.

First out is Ramona Karlsson who is driving in the highest class in the FIA Rallycross FX series in a Saab 9-3. The team is organized by Per Eklund who for most younger Saab enthusiast is most known for the record drive up on Pikes Peak CO. USA some years ago with a Saab 9-3 Viggen in Laser red with big wings and spoilers front and back. Per has a few NG 9-3 XWD cars with Trollspeed of Trollhättan engines and pumping out 500-700 bhp depending on the setup. Ramona is now prepared for her first BIG Rallycross race in Portugal. See movie from her preparations, The music in the video is just as swedish as Ramona and her car, it is AVICII. Click HERE! Ramona Karlsson RallyCross

Latest news from Portugal is that Ramona in her premiere came in 6th in SemiFinal 2 scoring 8 points in the overall scoring . Petter Solberg told the press that “That girl can really drive a rallycross car” that is said by a super driver so lets hope that Ramona will be the rising star in RallyCross.

Read moreCelebrating the women in Saab Rally and Racing

“Saab is still very much appreciated in the Netherlands.” A fact Dutch Saab entrepreneur Ruud Blokhuis can happily conclude after many positive reactions following his cooperative initiative with the Dutch Driessen Autogroup importing new Saab 9-3 Sport Sedan Aero’s to the Netherlands. As reported earlier here on SaabsUnited, Ruud Blokuis (Saab Utrecht, Saab Arnhem and Saab Apeldoorn) and Driessen Autogroup, both running Saab Service Centres, aim for a positive impulse to the Saab experience in the Netherlands. And they already partly succeeded in that by ordering 6 new Saabs 9-3 Sport Sedan Aero 2014 to present them in their showrooms and assist interested customers in buying one.

The initiators expect to show the new Saabs in their showrooms at the end of May at the latest. When they receive specific requests from their customers they will take action in ordering more Saabs. So far, they have not yet received any reaction from NEVS on their initiative. Based on the many positive reactions the Saab Service Centres already receive from Saab enthusiasts on a daily basis, one can expect a good beginning in bringing Saab back to the Dutch Saab market. Hopefully more former Saab dealers can follow this inspiring initiative, and by doing so, let NEVS know there certainly is an interest from these markets themselves in the return of Saab. 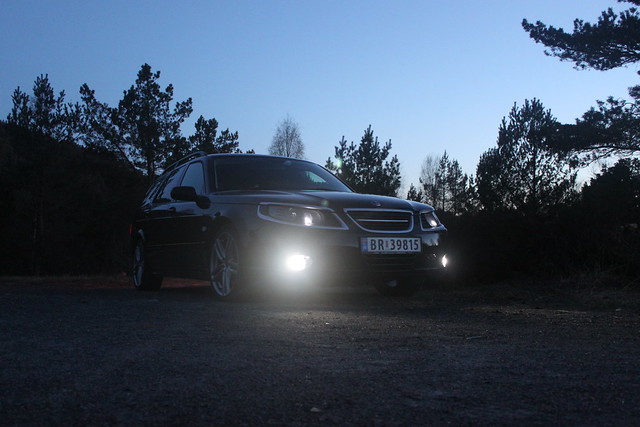 Spent the last two days doing the spring shine. The last few days have offered fantastic weather here on the west coast of Norway. I felt really happy with the result and wanted to share with you and SOTW.
It’s my MY06 9-5 2.0t with Hirsch- grille, roof spoiler, 18″ wheels and dual exhaust.
It has also just turned 100,000 miles, 160k km.

Thanks to you and your companions for your effort on SAABSUNITED. 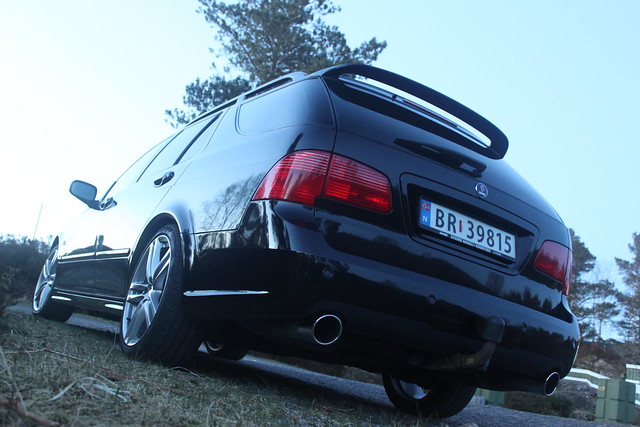 A very big thank you to Erlend Fikse for sending in a couple of pictures of his fine Saab 9-5.
Larger versions can be found here.