Swedish Day 2014 was our 7th event and this year also moved to a new home. Our new location was the beautiful setting of Haslebury Mill, which is located just outside Crewkerne. A fantastic 19th Centaury Mill with lots of history everywhere you look.
Traditionally Swedish Day always takes place on the Sunday with a carvery held on the Saturday evening. This year we added a new item to the mix in the guise of a Road Tour. The idea was Etienne Morsa’s who lives in Belgium and between him and his friends at “The Saab Farm” they produced a very leisurely 60 mile route taking in Muchelney Pottery, Perrys Cider and the seaside town of Lyme Regis. The tour was so popular that we will arrange for another drive in 2015.
The Carvery on the Saturday night was very popular and we managed to fill the attic restaurant with very happy diners. A big thank you to the chef and staff for making everybody very happy. 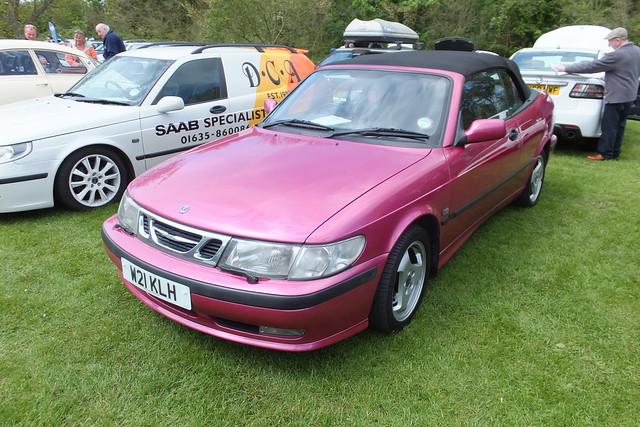 Sunday morning saw Kerry and I up with the larks to set up the flags and signs before Swedish cars started to arrive. We had the whole of Haselbury Mill at our disposal and needed to try and let everybody know where things were located. It was a new adventure to us and would be new to all our visitors.
Alex and Azabeth were on the main driveway at 8.30 when the first cars started to arrive, the sun was out and it was warm, a few showers were promised but mainly it was going to a be a very dry day. All the cars were parked around the very well kept lawn beside the pond. Trucks and Trade were located outside the Tithe Barn, a short crossing over a flowing brook.
A first for this year was an entrance fee to help towards the costs with the surplus going to a charity. The first charity of choice was “Cancer Research” and we must thank everybody who happily helped.
The Saabs, Scanias and Volvos came from all four corners of the UK, and were joined by many of our friends from mainland Europe.
During the day there were ten judging competitions going on. Three were named “The Most Admired Volvo, Saab and Truck” and was sponsored by “Chris Knott Insurance” and “Tailored Transport”. Each entrant was given the task of choosing their Most Admired Volvo, Truck & Saab at the show. Another was “Best in Show”, sponsored by DCA Saab Specialists. The local Saab garage “Astley Saab” was there to choose their own favourite Saab. Andy and Lynn from “Send Fresh Chocolates” chose their favourite Volvo at the show. Andy Briggs chose his favourite “Young Swede” and Chris Hamley gave an award to the “Furthest Travelled”. Dr Os Reid gave an award entitled “Best Modified Swede” and Lance Cole introduced a new award called “Most characterful oily rag Swedes”
A big thank you to all the sponsors for supplying the trophies.
The 10 prizes at the 2014 show were awarded like this. 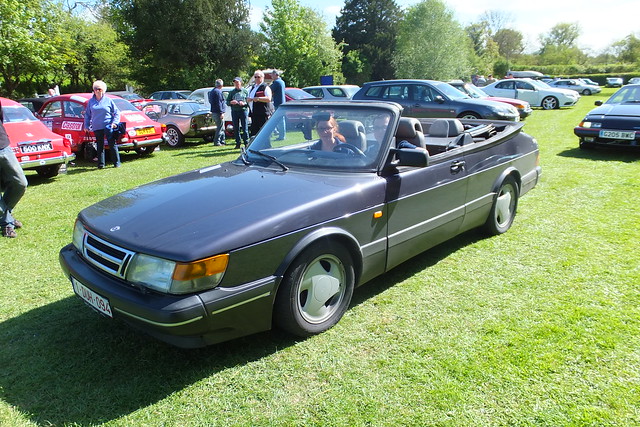 The Chris Knott “Most Admired Saab”, chosen by the people at Swedish Day and presented on behalf of Paul Channer, went to Mike & Norma Thompson with their Saab 96 2-stroke.

The Chris Knott “Most Admired Volvo”, chosen by the people at Swedish Day and presented on behalf of Paul Channer, went to Russ Tidbury and his Volvo 1800S.

The Tailored Transport “Most Admired Truck” went to Irene Wittich and her Scania P94D-220.

Send Fresh Chocolates “Favourite Volvo” was awarded by Andy to John Denmead and his Volvo 480ES.

“Astley Saabs Favourite Saab” was presented by Jerry to Mark and Carol Gardiner and their Saab 9-3 TTiD Convertible.

DCA Saab Specialists “Best in Show” was presented to Peter briggs and his Saab Sonett.

I would like to thank everybody for supporting this event, the helpers, the nine sponsors mentioned above, Roger and Minnie for the location and everything they did for us at Haselbury Mill, the internet forums and blogs, my friends Alex & Isabel for “always” being there. Very special thanks to my wife Kerry and daughter Azabeth for understanding the passion. But the biggest thank you goes to all the owners of those lovely Scanias, Saabs and Volvos that came along on the day.
Next years show will be held on Sunday the 10th May, as well a few things on the 9th. 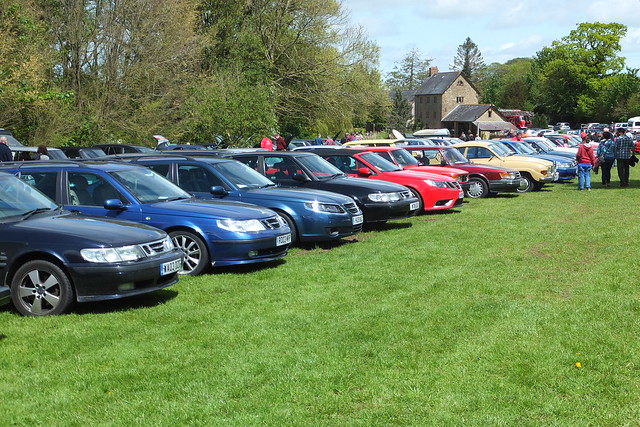 More photo’s can be found at the following links.
thecarcaresite.com

Pretty 9-3 convertible, my girlfriend would be jealous! Well, probably not, she quite likes the cosmic blue color of hers. 🙂

From start to finish this was a fantastic weekend! The new location was superb, the weather was kind, the turnout very impressive and all in all it maintains the status of Swedish Day as being the premier Swedish car gathering in the UK. The effort put in by the organisers Robin & Kerry, Alex and Isabel, their respective families and Robin’s daugther Azzy was exceptional so thank you all for making this a most enjoyable weekend. Also a special mention to the various sponsors and trade stands some of whom had travelled from Europe! VERY well done! Put my name… Read more »

Agree totally with Martin T16s.
For us this is by far the best SAAB event of the year. Really welcoming, sociable, relaxed and friendly all now to be found in a fantastic new location.

Yes – me too – thanks again, Robin, Alex & everyone else who made it such a great event ! ‘Really enjoyed it.

I feel so happy when I see Saab and Volvo people having fun together. Just like in the US. I am so sorry to say that meetings like this never happens in Sweden. It is even hard to get the various saab fractions (almost to religious fanatism) to agree on anything.

HI Trued, it was always my dream to mix them up and I think we have proved it does work. I just wish the Volvo companies would take part, local and national. Saab always came when they were with us and my local Saab garage has been coming since the beginning. Volvo, not interested, maybe next year.

fantastic job by Robin Alex Kerry & Azzy and everyone else who was part of the organisation great location,