This weeks SOTW comes from Aydin in Turkey, great to see Swedish vehicles enjoying the snow there 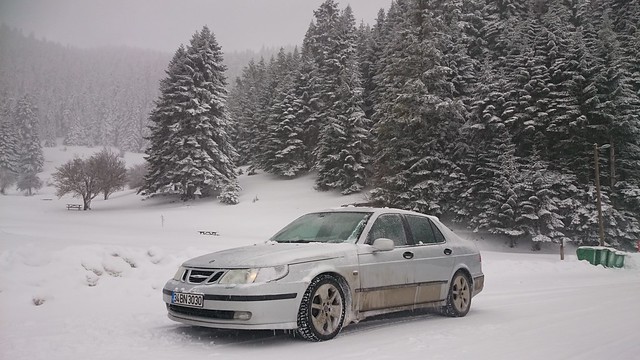 Hi Robin,
My name is Aydin, I live in Istanbul and quite a SAAB enthusiast. I have been following SU for a long time and thought it would be good idea to share my SAAB. Correct me if I am wrong, if you publish my photos it will be the first one from Turkey.
This is my 2004 9-5 2.3T Vector. She is with me for a few months and I do love driving her. Having German and Japanese cars in the past, I can easily say that SAAB is by far the best one I have ever driven. The car has a unique design and great build quality. Drives very smooth and fuel consumption is very fair thinking of her performance.
After purchasing the car I changed the DI casette, brake pads and did the regular oil and filter changes and now I can say she is in good condition. SAAB is a rare brand in Turkey, Turkish premium market is dominated by German players. Despite everything, we still can find both authorized services and private garages for maintenance.
The first photo was taken at a weekend trip to a small lake 250. km east of Istanbul. Snow and cold weather is her natural habitat. Travelled about 650. km in two days, driving in hard winter conditions was no problem with her.
I salute every SAAB enthusiast and SU readers around the world with my best SAABish wishes 🙂
Aydin 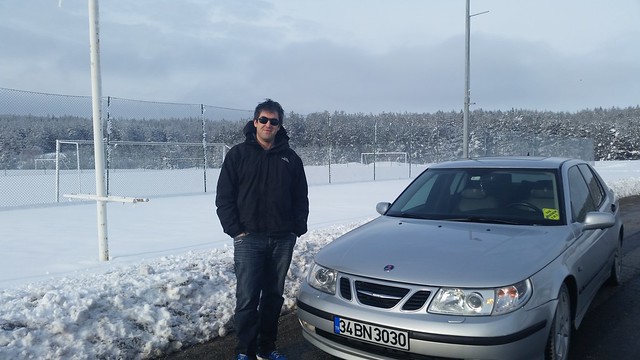 Another great Swede enjoying the snow. 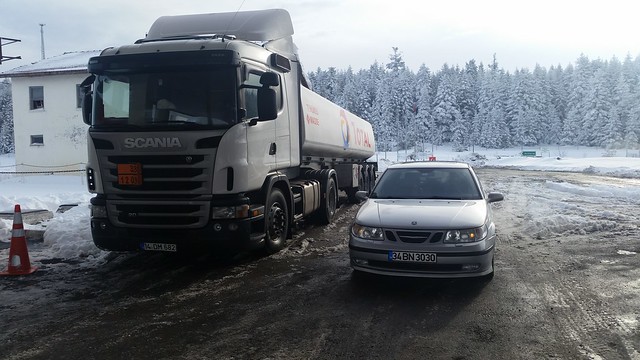 A composition to get Nevs out of reorganisation

National Electric Vehicle Sweden AB, Nevs, provides unsecured creditors a composition proposal in order to exit the reorganisation. It creates the conditions for completion of ongoing negotiations with two major OEMs and the implementation of a new business plan together with partners and owners. Nevs’ owners and management has noted the difficulty of completing this type of complex negotiations during a reorganisation and the risk premium it implies. The current negotiations, together with two major OEMs, are mainly focused on two tracks that are complementing each other. One is to form a technical joint venture company in Trollhättan and the other is to introduce a new majority owner in Nevs, with the plan of making Saab cars a global premium product.

–     The negotiations are progressing but we also see the complication of reaching an agreement when we are in a state of reorganisation. Our main owner has single-handedly financed the reorganisation and intends to get us out of it. In order for this to be possible financially, we need to reach a composition arrangement with the creditors, says Nevs CEO, Mattias Bergman.

The composition proposal includes a composition of 50 percent for unsecured creditors on claims over 500’000 SEK. Meaning that from a total of 573 creditors 469 will get their full claim paid, and 104 creditors will have their claims above 500’000 SEK reduced by 50 percent.

–     Provided that Nevs’ composition proposal is accepted, it is my judgment that the prerequisites are favorable to also reach an agreement with a financially strong OEM, and thereby enabling a continued business potential for the creditors. With this said, it is my opinion that accepting the composition proposal is advantageous for the creditors. The alternative of a liquidation would likely result in a lower dividend several years later, says the Administrator, Attorney Lars Eric Gustafsson, Hamilton Law Firm.

All creditors are invited to an information meeting at Nevs in Trollhättan on 26 February.

I have been meaning to send in photos of our Saabs for quite a while for SOTW and am just now getting around to it.   We really like the feature on SaabsUnited.  Attached are some pics taken a few months back in 2014:  a 2002 9-3 Viggen, a 2007 9-3 anniversary edition, a 2010 9-5 Aero and a 2011 9-4x Aero.  You could aptly say we are a bit addicted to Saabs (and these four follow several others we had before them)!  We actually sold the Viggen last year shortly after the pictures were taken so are down to 3 Saabs, which maybe is a bit more manageable.

We couldn’t capture all of them in a photo in our garage and driveway so we took these pictures at a park close to our home. 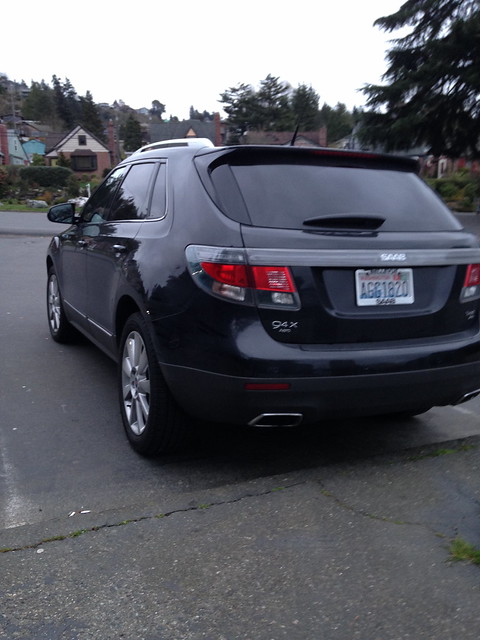 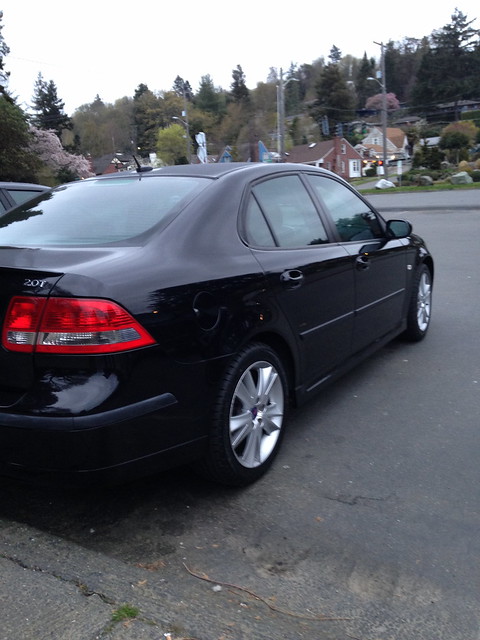 Larger pictures can be found on my Flickr Page

I attach a very unique picture for SOW.
During 2 weeks, I travel across the US with Peter Gilbert, The Million Mile Saab Man.
We departed his home in Milwaukee to attend the Saab Owner’s Convention held in Oregon.
Still on our way back, and we have been through many adventures and sceneries.
Our trusty companion this trip, is peter’s 2001 Viggen, tuned to stage 2, and with some more goodies.
The car is one of 62 3 door red Viggens produced for the North American market.
So far, we traveled more than 5000 very hi speed miles, which turned out an average fuel consumption of 30 US MPG, and no loss of any motor oil.
The car just turned 124000 miles, with many more to come.
One place we visited on our way back is Butte in the western part of Montana.
This town is of Irish heritage, and developed on Gold, silver and mostly copper mines. It has developed from a camp, through a boomtown to a mature city emphasizing the historic preservation and environmental cleanup.
Some headframes still hang over mine shafts, in part of the history preservation.
The picture shows Peter at the driver’s seat of the Viggen in front one of a headframe. 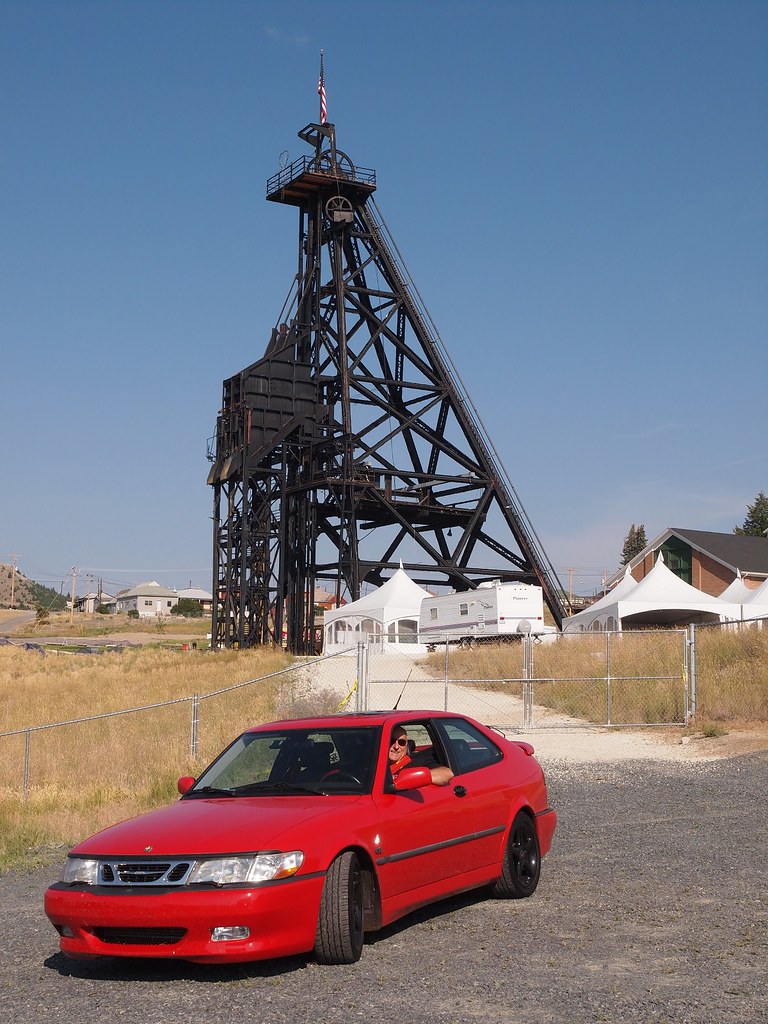 Our friend Andrei at Griffin Models has asked for a little help in judging the best model builders who purchased Saab models from his extensive collection of 1:43rd Saab Model Kits.

Please head over to the voting page and choose your favourite. One vote per person. While you are there, take a look around and you will be amazed what you will find. The Configurator page lets you customise your chosen model with the correct “everything”, from wheels to grills and also left or right hand drive.

Yes, its Dario’s Birthday and SOTW is dedicated to him and his two Saabs. 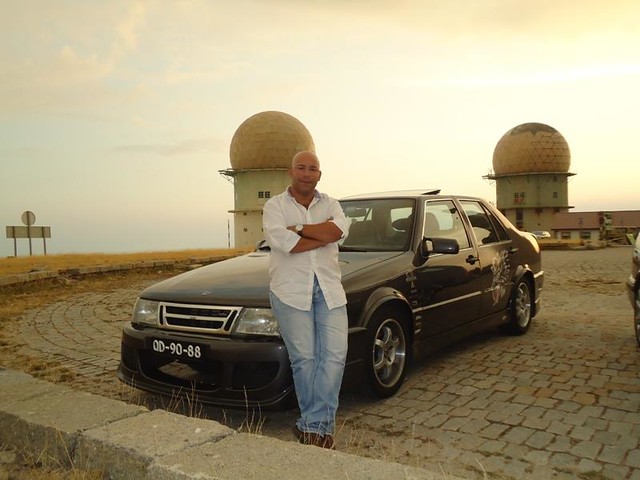 My name is Dario and I’m from Lisbon , Portugal, and I am the founder of the Saab Clubs in Portugal 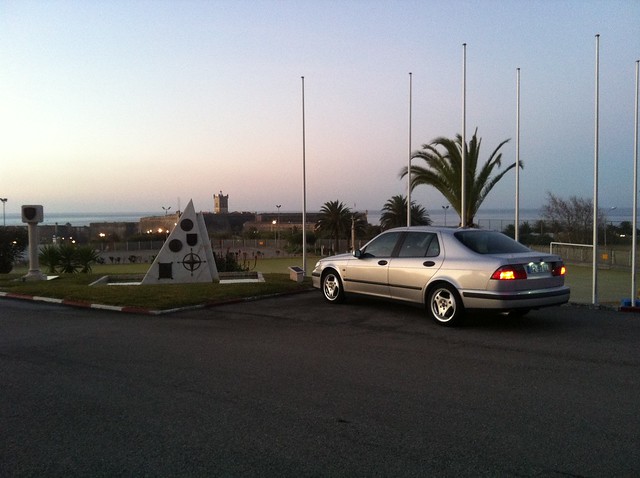 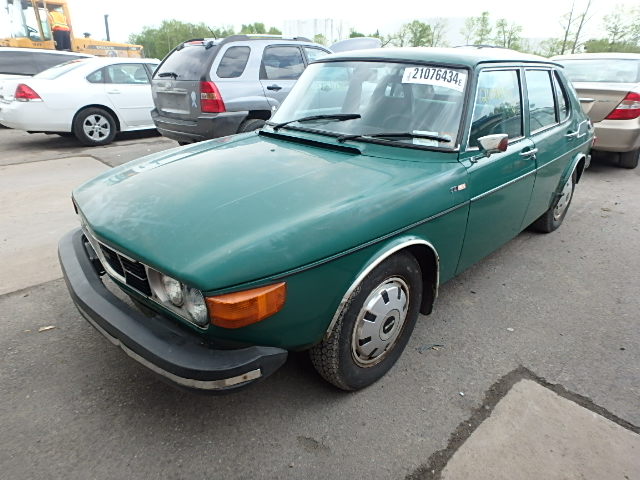 Here are a few shots of my 1975 SAAB 99LE. Bought this car from an Estate back in the Spring. A barn find with 61,000 miles and original owner. The car had not run in about 25 years. Needless to say it cleaned up amazingly . Installed new headliner, cleaned the entire fuel system. It runs and drive great. Wet sanded the mostly original paint with 2000 & 3000 wet paper then buffed. Can’t wait for Spring and to show her off and drive as a summer car.

The only thing I plan to do with this car is to add a nice set of Soccerball alloys once I find them. Attached are some BEFORE and AFTER pictures 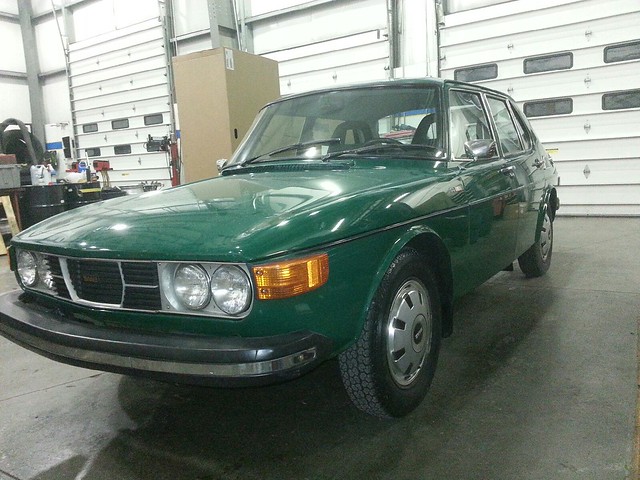 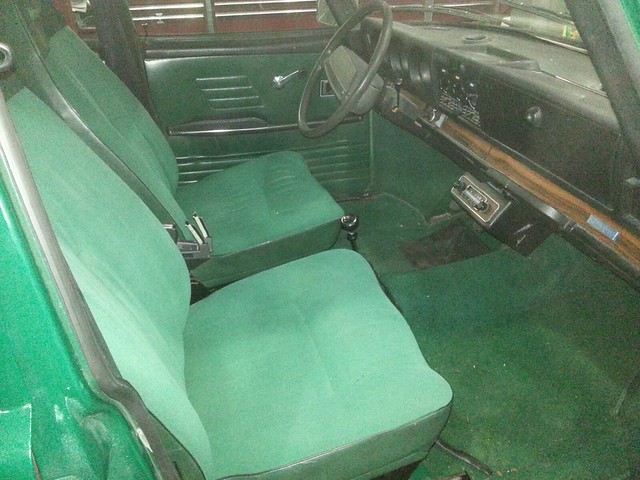 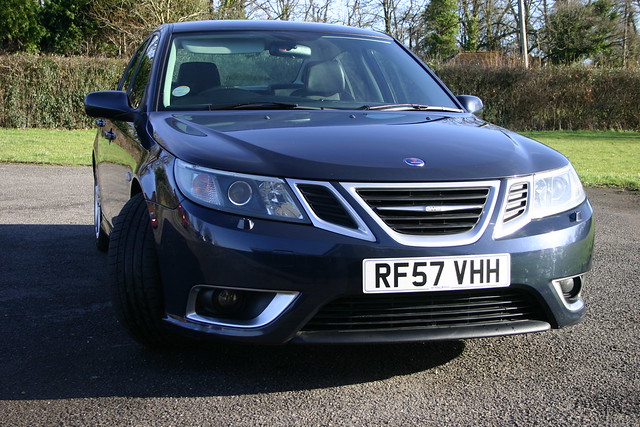 I’ve recently acquired this beautiful 2.8 Aero Auto and thought I’d love to share it with everyone on SaabsUnited via SOTW. 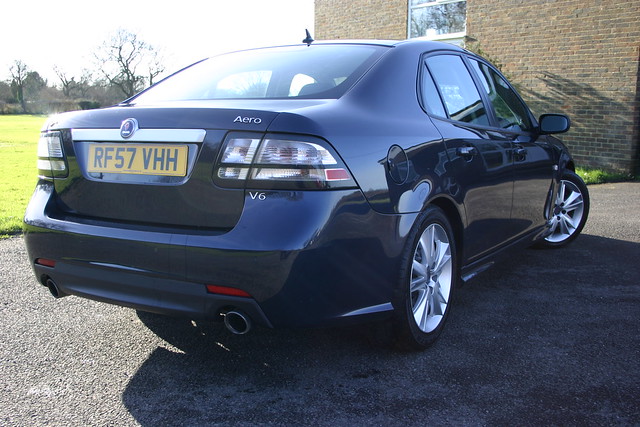 John, thank you for sharing, please find a few extra pictures on Flickr for you to look at.

If you would like your Saab to appear on SOTW, please send me a few pictures and a write up to robin.kerry at btinternet.com PLease put sotw in the subject box