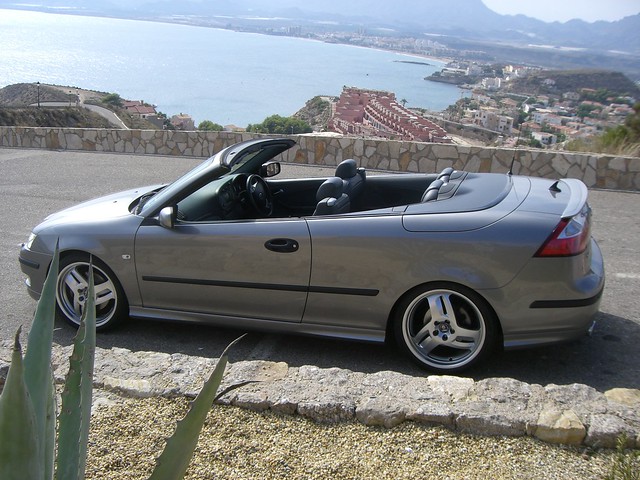 I often visit the SAABSUNITED web site and thought I would send you the attached photo of our SAAB taken during a recent driving holiday to Southern Spain. This SAAB has served us well over the years touring through Europe. As well as the Hirsch 19ins wheels seen in the photo, the car has also a Hirsch 252bhp power upgrade and Hirsch springs. This makes an ideal combination for touring on the continent and in particular through the Alps and Pyrenees.