Skip to content
MSN’s website features a gallery of 51 cool cars. SAAB 900 is of course among them.

Out-of-the-box thinking shouldn’t care what people think. On that note, here’s a front-driver with its engine mounted backward and heeled way over to fit the transmission, with visibility so good it seems you’re outside, but with heated Swedish seats, so you don’t feel like you are. And driving it is so fantastic, you don’t care how it looks. But it looks cool. Yesterday I was out for a spin in my M91 900 Turbo 16, and after I had driven a few kilometres I loose all the power in the middle of a sharp bend, while I was accelerating. My initial reaction was that something was wrong with the fuel supply, but after the road straighten out I realise this had to be a issue with the air supply. I was lucky and found a bus-stop in the middle of the countryside, and turned off to locate the fault. When I opened the hood, my idea about the air supply was absolute right, a hose from the intercooler to the throttle body had jumped off. A very quick fix if you have the right tool, but in a small second I got a little panic – in this car I don’t have a toolbox… This time it was false alarm, I was able to tighten the hose clamp with a flat screwdriver from the original tool kit.

I know – many of you guys in here drive newer cars as your daily driver, and have a big toolbox in the boot shouldn’t be necessary. As some of you know have I a M04 9-5 Aero as my daily driver, and like it or not – in this car I have a big toolbox in the boot. But isn’t very often I need some the tools for that car either, in the four years and 80’000km’s I’ve had it, it only has let me down three times;

So in total no big things, two well known T7-issues, and one issue caused by bad work from my side  – but some basic tools have saved me from tow-trucks and a lot of wasted time.

After slimming my toolbox down to my new tool-bag, I now have to a set of some wrenches, a monkey wrench, a big and a small flat screwdriver, some torx-bits, a hose clamp screwdriver with spiral blade, fuel-pump-tool, a cutting pier, a LED-torch, some cable ties + gaffa tape and at least some glows and rags for cleaning up stuff. And of course a box of scrubbing wipes for oil and other dirt.
So to sum this up, which basic tools do you think is nice to have in a small bag in the spare tire compartment? Or maybe you don’t have tools at all, and have the number for SAAB-assistance stored in your mobile phone?

And I almost forgot, on my way back home after visiting some friends I stopped and shoot some pics on my old 900.
Actually the time was around 00:45 when I shoot these pictures, and it’s still pretty much daylight outside where I live… This weeks Saab of the Week comes from Michel Robert in France
I think you will agree, a very nice Classic 900 Saloon 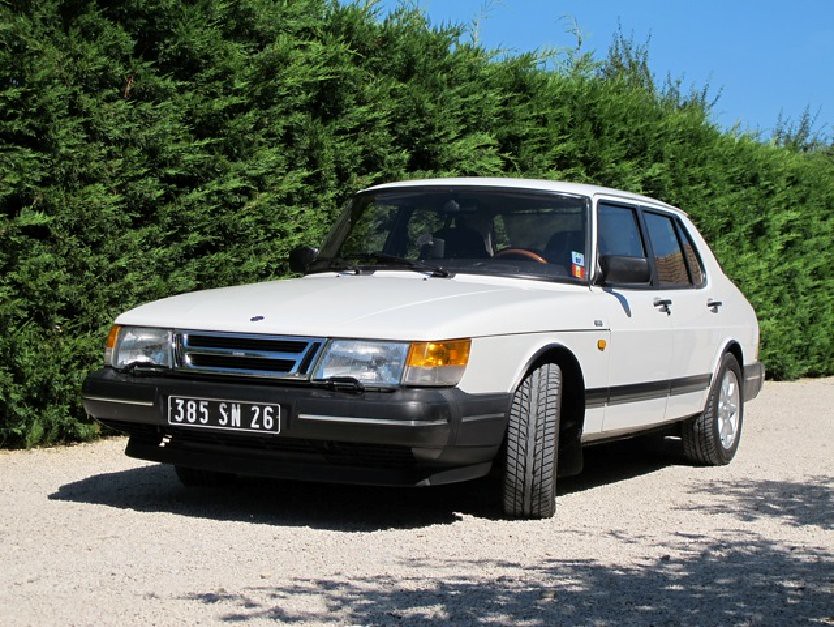 Please find attached photos in my Classic SAAB .
If you are interested you can use them in your category  “SAAB of the week!”

My classic 900 sedan I bought new in May 1989 and is still in great shape. I do some historical rallies in her, but only regularity.

Photo 1 taken in Burgundy, France.
Photo 2 taken at a historic rally in the Alps, France.

If you have a Saab that you would like to share with us, please email RobinM at [email protected] and you may be our next SOTW to be displayed on our homepage and shared with the world. 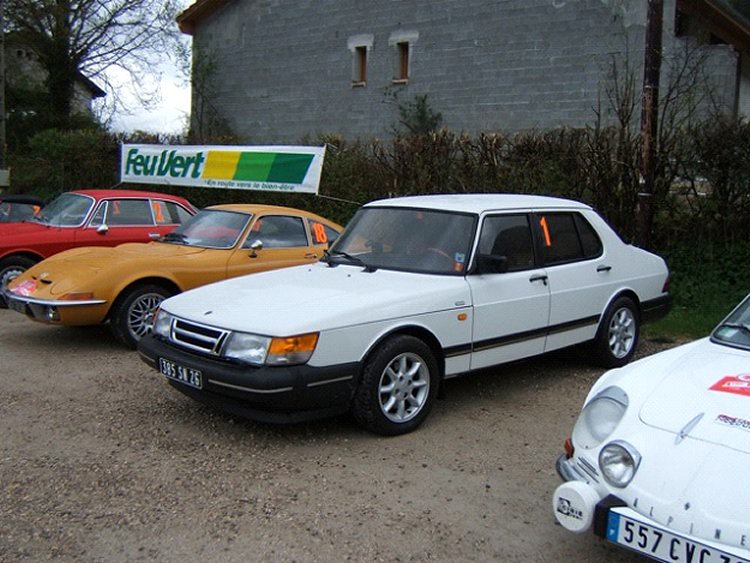 If you have a Saab that you would like to share with us, please email RobinM at [email protected] and you may be our next SOTW to be displayed on our homepage and shared with the world.

Today I received a nice email from Phillip who lives in New Zealand. He is restoring a classic 900 and I wanted to share his story with you.

We have a 2003 9-3 convertible in mint condition with only 20K on the clock and a 2003 9-5 3.0 which is used as the main run about car.  So we didn’t need another car but I have always wanted a classic two door Saab 9000.  I knew we would end up spend more money upgrading a 900 than the price to purchase but on a rainy Sunday a few months back a 1992 Saab 900 i 2.1L came up for sale and we brought it on the spot.     The person selling the car had been gifted it because her close friend had passed away in an accident whilst on a trip to Mexico.  So the car had a lot of sentimental value and the seller was happy that it was going to a Saab fan. All ye who are technically competent, please pass on to the next story. This is for the tech duds like me.
——
Some of you may recall that I had some issues late last year with my 1985 Saab 900 Aero. The car would develop this tendency to jerk around a lot.
At first, we thought it was the fuel pump playing up, but $400 and a replacement later, we learned that wasn’t the case. Matt the fudgepacker correctly diagnosed the problem as being the Air Mass Meter. These are pretty expensive to buy new (around $800 here in Oz) so any sort of fix would do. Matt provided the simplest answer possible – A quick tap on the head of the unit and it seemed to right itself. It worked on the odd occasion it was needed after that, so I didn’t worry too much.
The problem was long forgotten until earlier this week, when the car developed it’s jerkiness once again and no amount of tapping on the AMM would set it straight.
Hesitating to pony up for a new unit, I rang a spare parts supplier in Melbourne and got them to ship over what they thought was a good second hand unit. I fitted the unit to the car today and it ran even worse than when I had my old part on it. Here’s the part, so you know what it looks like:

That’s actually upside down to how you see it in your engine bay, but the battery ran out in my camera before I could take another shot 🙁
So whilst my part was off the car, I thought I’d take it into my local Saab specialist, Steve E, so that he could have a look. Steve tested the unit and found it had been adjusted at some point. Once it was adjusted back to the proper settings, I took it home, reinstalled it, and now the car’s running as good as gold.
So what was the adjustment?
Here’s a look at the unit from a different angle:

As you can see, there’s six pins in the plug for this unit. The test involved putting a multimeter on pins 3 and 6 and measuring the ohms. It should read 380 ohms. Mine was reading somewhere up past 530 ohms. The supposedly good replacement part I got from Melbourne was reading 995 ohms!!
You can see a gold-colored adjusting screw just to the right of the plug in that photo. That screw adjusts whatever it is that adjusts the ohms readout. Steve simply turned the adjusting screw until it read 380 on the multimeter.
——
How the AMM works (my limited understanding) – the computer sends a current through a filament in the AMM, which is cooled by the air passing it. If there’s more air passing by and cooling the filament (and going on into the engine) then the AMM boosts the current in order to maintain a set temperature in the filament. The variations in current required tell the computers how much air is coming into the engine and therefore, how much fuel is needed to match the air and create an optimum mix.
I assume that if there was an incorrect setting, such as that on my unit (where it was 500+ ohms instead of 380), then it would be misreading the volume of air that it’s meant to measure, hence the rough running that I was experiencing from time to time.
——
I believe the AMM is also commonly referred to as the Mass Air Flow sensor (or MAF)
–